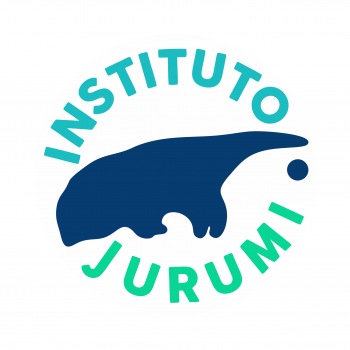 The project #8216; Ecology and recovery of Uebelmannia buiningii Donald (Cactaceae), which is performed by Jurumi Institute and has the support of Critical Ecosystem Partnership Fund (CEPF, Critical Ecosystem Partnership Fund) and Brazilian International Institute of Education (IEB), aims to propose a recovery plan for Uebelmannia buiningii, endemic cactus from the Serra Negra region in the Espinhaço Range (Minas Gerais). This plan will be based on robust ecological studies that will allow us to understand the impact of anthropic and natural disturbance on the species and to identify the most critical stages of life history to understand the long-term viability of the population.

Across Reference term, The Jurumi Institute opens opportunity to hire professional / company service to generate ecological subsidies for the recovery of populations of Uebelmannia buiningii.

The activities will be developed in March 2019 to October 2020 and interested parties should send resume via email to contato@institutojurumi.org.br until 23 hours on 03/05/2019.

THE highland roller (Columbina cyanopis) is one of birds more rare in the world and was missing for almost a century until a small population was rediscovered in May 2015 in Minas Gerais. Due to its rarity, the species was listed in the Probably Extinct category, according to the Brazilian Ministry of Environment. According to the BirdLife / IUCN list the species is considered Critically Threatened (CR). The rediscovery of the plateau roller was one of the most important ornithological finds of the last decades, having great international repercussion. Now the challenge is to develop conservation actions that ensure the protection of the population found and the habitat where they live *.

Since May 2015, when Rafael Bessa rediscovered the species, the SAVE Brasil has been working to measure how many individuals there are in nature and where they are. After intense searches, Botumirim, a small municipality in the north of Minas Gerais, was pointed out as the only locality with records of the species so far. It was clear that this population needed protection, so a nature reserve was created, a private property of 593 hectares *.

The project “Saving the plateau roller and its unique habitat”, which is supported by CEPF Cerrado and is executed by SAVE Brasil, has as its main objective to promote the long-term conservation of the Cerrado in the plateau roller rediscovery area, with special attention to the protection of this critically endangered species.

The Terra da Gente program, which portrays Brazilian biodiversity in various corners of the country, went to the city of Botumirim (MG), near the Espinhaço Mountain Range, to register this rare animal. Check out the full article and the video at the site!

* Adapted from text provided by SAVE Brasil.

The Critical Ecosystem Partnership Fund is a joint initiative of the French Development Agency, Conservation International, the European Union, Global Environmental Management, the Government of Japan, the MacArthur Foundation and the World Bank. A key goal is to ensure that civil society is involved in biodiversity conservation.