Initiative of the Quilombo Kalunga Association (AQK), Tiradentes Institute (IE) and CEPF Cerrado / IEB, the beekeeping course moved 16 young quilombolas Kalunga, from October 26 to 30, in the city of Niquelândia, in Goiás

The search for a agroextractive economy diversified led to the idea of carrying out this training, since the quilombolas Kalunga they are suffering impacts from the pandemic, as one of the main ways of generating income for quilombolas is tourism in the region.

The course left as result the construction of eight apiaries with small honey extraction units. The initiative sought to generate autonomy for quilombolas, who are in isolated areas and difficult to access to the community, where electricity, until today, does not exist.

“Honey is a product that you can keep for up to two years; it cannot be refrigerated, otherwise it will spoil. This project came to serve communities abandoned by the government ”explains Manoel Júnior, from the Tiradentes Institute.

Training - which seeks to train young multipliers - destined 50% of vacancies for women, prioritizing gender equity, as a way to promote income autonomy for this group. Sirleia Torres, 28, says that training is very important for her to find financial opportunities.

“Now I am going to expand my possibilities in the job market. Every day I learn more about beekeeping; it's been an incredible experience ”, says the young quilombola.

“Gender inequality is a reality within these communities. It is the woman who organizes the house and the plantations, but the income remains with the men. So, this course prioritizes that they can have more autonomy ”, says Manuel.

About the Quilombo Kalunga Association and CEPF Cerrado

The Quilombo Kalunga Association is a civil organization, with no economic purpose, founded in October 1999. It represents the largest quilombo territory in Brazil, with 262 thousand hectares of land. AQK defends the interests of residents of the Kalunga Historical Site and Cultural Heritage (SHPCK), which covers the municipalities of Goiás, Cavalcante, Monte Alegre de Goiás and Teresina de Goiás.

The project, promoted by Partnership Fund for Critical Ecosystems (CEPF Cerrado) and with support from International Institute of Education of Brazil, aims to get to know the reality of the Kalunga communities in depth, use geoprocessing technology to map the territory in detail, promote the occupation of the SHPCK in a more sustainable way and make the Kalunga internationally recognized as defenders of biodiversity conservation. 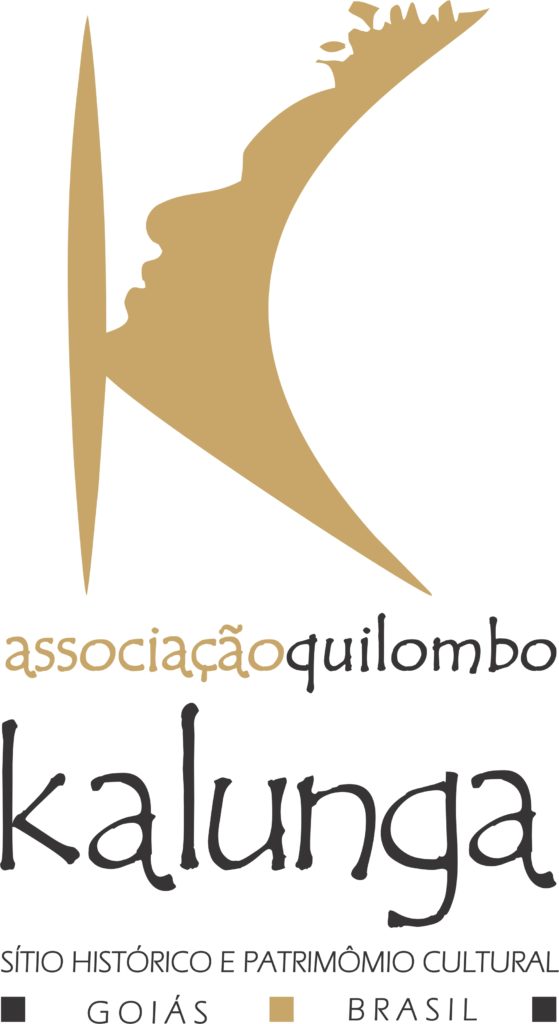 THE Quilombo Kalunga Association (AQK) is a civil organization, consisting of residents of the Sítio Histórico e Patrimônio Cultural Kalunga, a remaining quilombo area inserted in the municipalities of Cavalcante, Monte Alegre and Teresina de Goiás, the largest in Brazil. The purpose of the association is to promote the defense of the interests of the Kalunga people, the main objectives of which are: to promote the integration and social interaction of people as a way of strengthening culture; economic and social development, through the encouragement and promotion of agricultural, livestock and agroextractive activities; promote the development of activities for the conservation and preservation of the environment, the sustainable use of natural resources and the promotion of projects to develop ecologically correct and carry out environmental and territorial management.

The union of new technologies to help in the protection, conservation and conscious use of the land and water resources of the Kalunga Historical Site and Cultural Heritage region, this was the initial thought, when in 2016/2017, AQK formulated a project to, in partnership with Critical Ecosystem Partnership Fund (CEPF) and the International Education Institute of Brazil (IEB), carry out the most complete survey ever made in a remaining quilombo area in Brazilian territory.

The project “Use of Geoprocessing in the Management of the Kalunga Historical Site and Cultural Heritage”, which is executed with support from CEPF Cerrado, is based on four basic components:

Professionals or companies interested in performing the services presented will have until the day October 28, 2020 at 6 pm (Brasília time) to send via e-mail your proposals, together with the requested documentation as described in Terms of Reference, which can be accessed below:

THE Quilombo Kalunga Association (AQK) completed in May the elaboration of the bylaws, a pioneer project at the national level. O rules of procedure for the environmental and territorial management of the Kalunga Historical Site and Cultural Heritage (SHPCK), for the recognition of Kalunga ancestry and ancestry, and for the exploitation of tourism in the territory. SHPCK is considered the largest quilombo territory in Brazil, with 261,999.69 hectares, and is located in the Chapada dos Veadeiros region, in Goiás.

From March 18 to May 12, 14 assemblies were held, involving all 39 Kalunga communities and attended by over 1,000 people. In these meetings were discussed the most important points that, according to those present, should be contained in the bylaws, were voted by them and approved the contents. In these assemblies the creation of a AQK Representative Council, a collegiate made up of three representatives from each local community, who became part of the board of the Quilombo Kalunga Association.

From May 23rd to 26th, the Assembly of Representatives elected at the community meetings was held at the Kalunga Cavalcante Association. These were moments of intense debate of each article and paragraph, and finally approved.

According Vilmar Souza Costa, president of the Quilombo Kalunga Association, the bylaws are of essential importance to regulate the relations existing within the territory, always respecting the customs, knowledge and traditions of the Kalunga people. “The creation of our regiment is yet another demonstration of the Kalunga people's ability to organize, defend and manage their territory. We collectively and participatively build our own standards, which will be followed by all our people, ”says Costa.

Maria Aparecida Mato, Executive Director of CONAQ - National Coordination of Quilombola Rural Black Communities in Brazil - participated in one of the 14 assemblies and praised the importance of the norms and culture of a quilombola people being put on paper as a written and concrete proof of all that is established. “This is the first quilombo in Brazil to create an internal regiment.. It is an example and a model that will be followed by several other quilombola communities in Brazil, ”he reveals.

Geoprocessing and preservation in assemblies

Another theme of the assemblies was the project “Use of Geoprocessing in the Management of the Historical and Cultural Heritage Site Kalunga & #8211; SHPCK ”, fostered by Critical Ecosystem Partnership Fund (CEPF, from the acronym in English to Critical Ecosystem Partnership Fund) and with support from Brazilian International Institute of Education (IEB). The project aims to know in depth the reality of Kalunga communities, use geoprocessing technology to map the territory in detail, promote SHPCK occupation in a more sustainable way and make Kalunga internationally recognized as advocates of biodiversity conservation. .

Since January the survey has been carried out and the socioeconomic register SHPCK residents, with the goal of participation of all 1,500 quilombola families. After the survey, the field surveys will be associated with the cartographic base and the thematic mapping performed through geoprocessing and remote sensing. There will also be a cadastral survey of mining activities, illegal logging and predatory fishing, and tourist attractions.

The assemblies also focused on the mobilization of quilombola families on the importance of biodiversity conservation all over the territory. For this, they were made 4,000 calendars, which were delivered to Kalunga houses, as well as people and strategic locations in the municipalities of Alto Paraíso, Cavalcante, Campos Belos, Monte Alegre de Goiás and Teresina de Goiás. Banners were also made, set in all municipal, state and private schools. in the five municipalities.

According to the previous survey made by the Association, there are 19 locally threatened species found in the region. Conservation target species were prioritized according to the degree of threat criterion, focused on species facing extremely high risk of extinction in nature, requiring urgent conservation actions.

The Quilombo Kalunga Association is a non-profit, non-profit civil organization founded in October 1999. It is formed by the Kalunga Associations of Cavalcante, Monte Alegre, Teresina and Engenho II, as well as Epotecampo. She represents the largest quilombo territory in Brazil, with 262 thousand hectares of land. The Association promotes the defense of interest of all communities formed by residents of the Kalunga Historical and Cultural Heritage Site (SHPCK), scattered between the municipalities of Cavalcante, Monte Alegre de Goiás and Teresina de Goiás, and represent them in all instances. legal and administrative

On June 6 at 10 am, Attorney General Dr. Luiz Cesar Kimura, representing Governor Zé Eliton and the state of Goiás, accompanied by Dr. Vavá, handed the Deed of Grant of Real Right of Use to the President gives Quilombo Kalunga Association (AQK), Vilmar Souza Costa, from the following areas:

The ceremony was attended by a large number of Kalungas, the Boards of the Associations, the Judge of the Cavalcante County Dr. Pedro Piazzalunga Cesario Pereira, the Promoter Dr. Úrsula Catarina Pereira Pinto, the Mayor Rui Alves Maciel and the Councilors Kalungas Iron Moreira Dias and Salviano dos Santos Rosa. The joy of the Kalunga people during the solemnity was very great.

This conquest of the tenure of these three areas is extremely important for the consolidation of the territory of the Kalunga Historical Site and Cultural Heritage (SHPCK), fruit of the struggle of the Quilombo Kalunga Association. The communities of Teresina, Monte Alegre and Cavalcante received an entourage from the government of the state of Goiás that handed over the land use deed. Now Kalunga territory has these areas, which add up to 75,233,0077 hectares14,000 hectares belong to the Serra da Contenda I Biological Reserve.

SHPCK has approximately 39 regions which may be called communities, where more than 1,500 families. Kalungas have lived in the mountain ranges for approximately 300 years and have a harmonious relationship with the environment. The community also carries very strong culture and historical tradition in its people through crafts such as ceramics, weaving, embroidery and the production of home remedies.

Through the project “Use of Geoprocessing in the Management of the Kalunga Historical Site and Cultural Heritage”, The Quilombo Kalunga Association with the support of CEPF Cerrado (Critical Ecosystem Partnership Fund) implement the improvement and consolidation of SHPCK's environmental and territorial management through Geographic Information System (GIS) as a tool for permanent territorial management, as well as the sustainable use of natural resources, aiming at guaranteeing the improvement in the quality of life for all residents and for future generations.  Access the link to know more about this initiative!

2018 has been a year of consolidating countless victories of the Kalunga people!