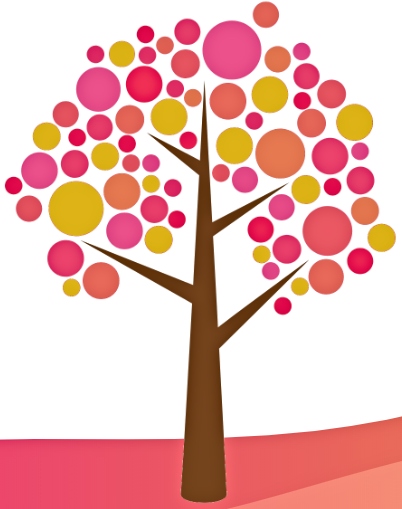 Although it is a trial version, it already has some features, highlighting the land use subplatforms, deforestation and aerial imagery (provided by drones), enabling a dynamic and interactive analysis about the Cerrado transformationsat the municipal and state levels.

From now on, with this structure in place, we will quickly move forward with new content and tools such as responsive design for tablets and smartphones, data upload module (vector, images and text), download availability and language translation. English.

Speaking of content, we encourage the contribution of all, with diverse information produced for the Cerrado biome.

To this end, we have provided a temporary tool for the transfer of your databases (see call / shortcut in the top menu, or at the bottom of the main page).

We hope that the Cerrado Knowledge Platform will be well used by our society, in particular by organizations involved in environmental conservation and socio-economic development of this rich and endangered ecosystem.

If you have any questions or suggestions, please email us at lapig.cepf@gmail.com

Thanks for the outreach and collaboration!

Dr. Manuel Ferreira has been working with a team of researchers and civil society institutions on the project. “Cerrado Knowledge Platform”. The project is executed by Image Processing and Geoprocessing Laboratory (LAPIG) and has the support of Critical Ecosystem Partnership Fund (CEPF, in English for Critical Ecosystem Partnership Fund) and Brazilian International Institute of Education (IEB) and aims to share data, information and knowledge among various stakeholders in the Cerrado and empower civil society through reliable information and tools for monitoring Cerrado ecosystems.

The Image Processing and Geoprocessing Laboratory (LAPIG) It is linked to the Institute of Social and Environmental Studies (IESA) of the Federal University of Goiás (UFG). Its activities began in 1994 and have since contributed to the elaboration of several monographs, dissertations and theses, as well as offering remote sensing, digital cartography and geographic information systems. In 2010, they started the “Geocourses”, an extension project that offers short and medium courses in the field of geotechnologies, offered to the community in general. The research is an important front for the production and / or organization of geographic and documentary data for territorial and environmental monitoring of Brazilian biomes and their natural and anthropic landscapes.

¹The Cerrado is the largest hot spot in the western hemisphere, covering more than 2 million km2 in Brazil and smaller parts (around 1%) of Bolivia and Paraguay. This one hot spot It also includes the headwaters of the three largest river basins in South America (Amazonas / Tocantins, São Francisco and Prata), thus highlighting their importance for the region's water security. In addition, the Cerrado is extremely rich in plant richness, with over 12,000 cataloged native species. The great diversity of habitats results in remarkable transitions between different vegetation types. About 250 species of mammals live in the Cerrado, along with a rich birdlife with 856 recorded species. The diversity of fish (800 species), reptiles (262 species) and amphibians (204 species) is also high. Many of these species are endemic. For these reasons, the Cerrado is considered to be the most biodiverse tropical savanna region in the world.

¹ In addition to its environmental specificities, the Cerrado also has great social importance. Many people depend on their natural resources to survive with quality of life, including indigenous groups, quilombolas, gerizeiros, riparian and babassu coconut breakers, which are part of Brazil's historical and cultural heritage and share traditional knowledge of biodiversity. More than 220 plant species are known for medicinal use and many native fruits are regularly consumed by locals and sold in urban centers.

¹Currently, the Cerrado is one of the main areas of the planet for agricultural and livestock production. While it is a source of pride to many, border expansion also takes its toll. The Ministry of Environment estimates that by 2010, 47% of the Cerrado had been converted and most of the remaining areas of natural vegetation were fragmented. The pressure remains intense because of the agricultural expansion of soy, meat, sugar cane, eucalyptus and cotton, products that are essential for the national economy and world markets. As a result, annual deforestation rates in the Cerrado are higher than in the Amazon.

& #8220; Let's talk about the Cerrado? & #8221; it's a one video series which provides information about the biome, its history and risks. This publication was produced by the project #8220; Land Use Initiative & #8211; INPUT & #8221;, the result of a partnership between Agroicone it's the Climate Policy Initiative (CPI) in Brazil, which brings together several actors to map the challenges of natural resource management in Brazil. Check out one of the videos in the series:

¹Text taken from Profile of the Cerrado Biodiversity Hostpot Ecosystem (2017).

The Critical Ecosystem Partnership Fund & #8211; CEPF launches the Second Call for Letters of Intent (CDI) focused on innovative and relevant conservation projects for the Cerrado Hotspot. Interested parties can apply until November 8, 2017.

Proposals to this notice should include only the following Strategic Directions and Investment Priorities:

Strategic Direction 3 & #8211; Promote and strengthen the productive chains associated with sustainable use of natural resources and ecological restoration in the hostpot (As defined in the notice).

Investment Priority 6.1 & #8211; Strengthen the capacities of civil society organizations to participate in collective bodies and processes related to the management of territories and natural resources.

Access the full notice of Second call on the CEPF Cerrado website. Specific questions can be taken by email, cepfcerrado@iieb.org.br .

Sign up to receive the newsletter from CEPF Cerrado.

The main frontier where agriculture has advanced since the 1960s, the Cerrado has little chance of continuing to exist in the coming decades without emergency action to expand its protected areas and lead to the large-scale adoption of less environmentally harmful production practices.

Consolidating already protected areas is critical, including that only 7.7% of the Cerrado is currently effectively protected by the government, and only 2.8% of these areas are fully protected. The last conservation unit created in the biome was Chapada Ecological Station of Nova Roma, this year (2017), by the state government of Goiás. New international goals sponsored by Brazil recommend the conservation of at least 17% of each biome by 2020.

Meanwhile, projections show that soybean acreage could jump from 21 to 30 million hectares in the next decade, always focusing on the "cheap land" of the Cerrado. And the targets are precisely the largest remnants of the Brazilian savannah, in Maranhão, Tocantins, Piauí and Bahia. In addition, domestic and global demand for meat grows along with the necessary socioeconomic improvements.

As agriculture and livestock are the main drivers of the destruction of the Cerrado, respecting legislation and improving production efficiency are indispensable attitudes. The integration of crops, livestock and planted forests, for example, would help to prevent openness and new areas and would be a sign that the country really wants to provide more sustainably produced items to globalized commodity markets. After all, anticipating potential trade barriers is always strategic. Also because more than 40% of grains, half of bran and one third of soybean oil produced in Brazil are exported. Seven out of ten countries in the world have purchased these items in the last decade.

Official estimates indicate that there are approximately 140 million degraded hectares in the country, mainly in the Cerrado and its transition to the Amazon. The area is twice the size of France. In most cases, it is land that has been cleared for crops and eventually abandoned due to low productivity. Then they turned pasture into herds until the soil became economically worthless due to the lack of proper management. Making this immensity of land again productive would help combat global warming, ease the pressure to clear native forests and serve commodity and food production.

Another concern is the changes in Brazilian forest legislation. The destruction of the Cerrado already weighs as much as that of the Amazon in national greenhouse gas emissions. And the biome may be one of the biggest detractors from the changes that backward sectors of ruralism have imposed on the Forest Code. In addition, the approval of PEC 504/2010, which seeks to include in the Federal Constitution the Cerrado and Caatinga as national heritage and PL 25/2015, which provides for the conservation and sustainable use of native biome vegetation, are actions urgent for the protection of the biome.

If the margin for deforestation is increased, the country's water tank will be seriously compromised. In the Cerrado there are waters that supply underground aquifers and the Amazon, Tocantins, North / Northeast Atlantic, São Francisco, East Atlantic and Paraná / Paraguay watersheds. The latter depends on the survival of the Pantanal, the largest floodplain on the planet. In addition to economic input, water that flows through rivers, streams and paths of unusual beauty feeds regional crops often founded on sustainable extractivism, an activity that perpetuates and values vegetation and other native resources through the hands of numerous and valued traditional peoples of the world. Thick.

Current degradation indices and developmental plans lacking environmental sustainability project a bright future for a biome that has already lost more than half of its native vegetation, and is not yet recognized as a national heritage by the Constitution, suffering unnecessarily from wildfires and burning. intense.

But with majestic resistance, the Cerrado still continues enchanting those who dare to know this shelter of life and unique landscapes in the world. Maintaining this unparalleled heritage is the challenge facing Brazil.

The Critical Ecosystem Partnership Fund (CEPF) is a fund to protect the world's most diverse and endangered biodiversity areas, also known as biodiversity hotspots. Conservation International administers the global program on behalf of the fund's partners: the French Development Agency, the World Bank, Conservation International, the John D. and Catherine T. MacArthur Foundation, the World Environment Fund. Environment (GEF), the Government of Japan and the European Union. A board of high-level representatives from each donor partner manages this fund.

CEPF supports non-governmental organizations, community groups and other civil society partners in implementing strategic conservation projects in biodiversity hotspots. CEPF's focus is to provide opportunities for its beneficiaries to preserve the rich natural resources of hotspots that are vital to people's well-being and the health of the economy in general.

After supporting the Atlantic Forest with investments between 2001 and 2008, the CEPF Donor Council chose the Cerrado in 2013 to receive investments. This decision was followed by the construction of an Ecosystem Profile, through a process of consultations and meetings, which took place between 2014 and 2015, and the selection of the team that will be responsible for the implementation of the initiative in the Cerrado.

Following a selection process, in April 2016, the Brazilian International Institute of Education (IEB) was chosen by the CEPF Donor Council to act as Regional Implementation Team (RIT) for the Cerrado Biodiversity Hotspot, beginning this month. July 2016 and expected completion in June 2021.

As CEPF implementation team, IEB will lead the program in the hotspot, converting the investment strategy defined in the Ecosystem Profile into a coherent portfolio of support. IEB was selected as RIT because it demonstrated a strong track record of work experience in Brazil, program management of similar size, scale and complexity to RIT, and experience in direct management of small support programs.

The full Portuguese version of the Cerrado Biodiversity Hotspot Ecosystem Profile can be found on the CEPF website (click here).