The project Sertão Veredas-Peruaçu Mosaic, which is run by the Pró-Natureza Foundation and has the support of Critical Ecosystem Partnership Fund (CEPF, Critical Ecosystem Partnership Fund) and Brazilian International Institute of Education (IEB), aims to promote the strengthening of the management of the Sertão Veredas-Peruaçu Mosaic. O Sertão Veredas – Peruaçu Mosaic (MSVP) is a set of protected areas located on the left bank of the Sao Francisco River, between the north and northwest regions of Minas Gerais and part of southwestern Bahia. With an approximate area of 1.8 million hectares and 1,210 km perimeter, the Mosaic involves environmental conservation units, traditional communities and the Xakriabá Indigenous Land. In Minas Gerais, the Mosaic encompasses areas of the municipalities of Formoso, Arinos, Chapada Gaucha, Urucuia, Canon Sea, Januaria, Itacarambi, Bonito Minas, St. John of Missions, Miravania and Manga. Crossed by the Carinhanha River, the territory extends to part of the municipality of Cocos, Bahia. The territory is part of the region of Gerais, immortalized by João Guimarães Rosa in works like “Grande Sertão: Veredas”, “Sagarana” and “Manuelzão e Miguilim”. The environmental diversity of the region, which houses endemic species of the Cerrado fauna and flora, coexists with the cultural richness of the traditional sertanejo, riverine, gerizeiro and ebb people *.

Peruaçu: The Silent Scream of the Path is a film that portrays the life of these sertanejos of the Peruaçu River basin region, north of Minas Gerais. The characters are typical & #8216; greener & #8217; who struggle to survive in the face of current water scarcity. It is a small snippet of the reality of the local population. The film's central couple, Dona Nelinda and Zé Torino, are a reference in terms of environmental preservation in the region. The film features the direction and script of Alexandre Jorge Padua and Paulo Henrique Sousa. Check out the movie teaser! 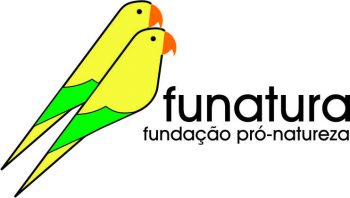