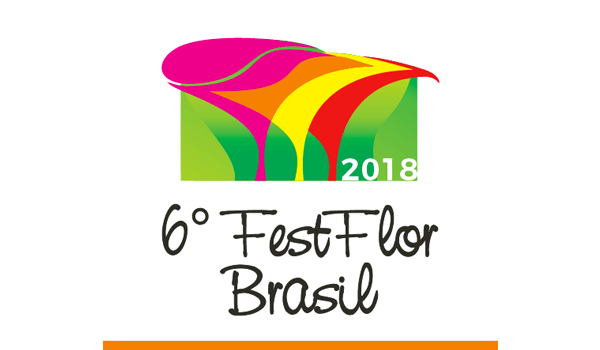 Brasilia received the sixth edition of FestFlor Brasil (national fair of the production chain of flowers and ornamental plants), held between June 28 and July 1 at the Ulysses Guimarães Convention Center.

Among the more than 150 booths that attended the event, there was one with 100% of native Cerrado plants and seeds. It was the project booth Cerrado Gardens, designed by architect and landscape architect Mariana Siqueira and carried out in partnership with several institutions, including Cerrado Seed Network.

There, visitors found pioneering native seedlings of herbs and shrubs in the project's experimental nursery at the hands of Claudomiro de Almeida Cortes. Seedlings of field macela, catuaba, caliandra, mimosa and several native grasses were sold, among others.

The stand also publicized the sale of native seeds, both for ecological restoration (CSR and partners) and for landscaping (through a partnership with VerdeNovo Sementes Nativos).

The event also featured two lectures on the introduction of native Cerrado plants in landscaping, both given by Mariana Siqueira: “Cerrado seed and seedling production” (06/29) and “Cerrado Gardens: potential landscape of the Brazilian savanna ”(06/30).

In the lectures and at the booth, the project was announced Seed Market and Restoration: Providing Environmental Services and Biodiversity, performed by Cerrado Seed Network in partnership with ICMBio, UnB and Cerrado Foot Association, among others. The project is funded by Critical Ecosystem Partnership Fund (a joint initiative of the French Development Agency, the International Conservation, the European Union, Global Environmental Management, the Government of Japan, the MacArthur Foundation and the World Bank), with the International Institute of Education of Brazil.

With this, the flora of the Cerrado it is getting closer and closer to urban gardens and people's lives - and native seeds are of crucial importance in this process!

The Critical Ecosystem Partnership Fund is a joint initiative of the French Development Agency, Conservation International, the European Union, Global Environmental Management, the Government of Japan, the MacArthur Foundation and the World Bank. A key goal is to ensure that civil society is involved in biodiversity conservation.