IT'S ALL OR NOTHING! 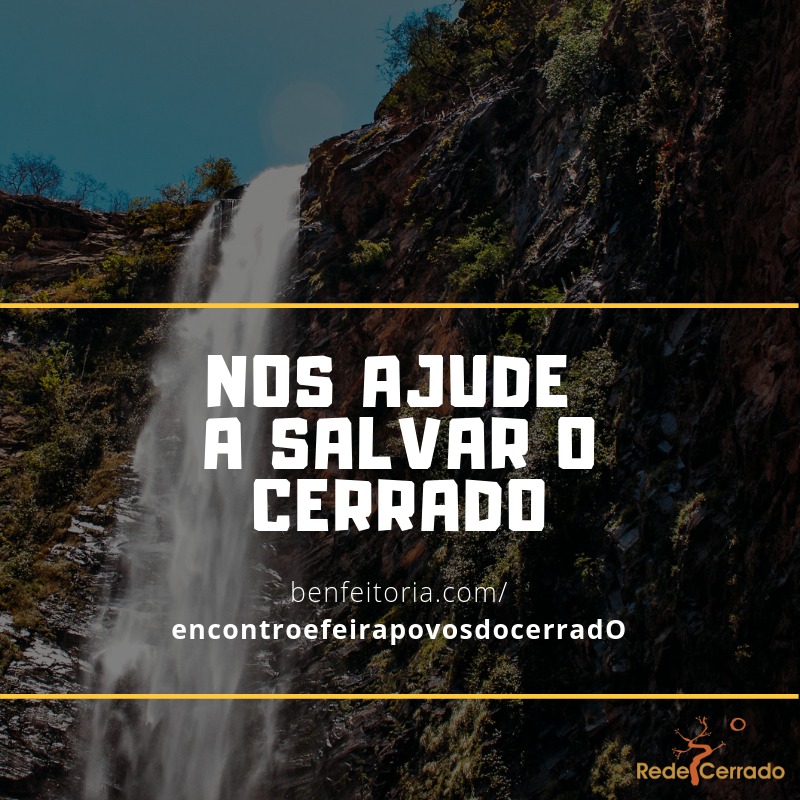 The campaign for crowdfunding for the IX Meeting and Fair of the Cerrado People is in the air. Do you know why this meeting is important?

Held since 2001, the Cerrado People's Meeting and Fair is a great space for exchanging experiences and articulations in defense of the Biome and its peoples.

The ninth edition of the Meeting is an intense moment of mobilization and integration among various sectors and actors interested in defending the Cerrado and its peoples.

In addition to being a great celebration for the gathering of the diversity of the Cerrado peoples, it has become an important instrument for articulation and strengthening of peoples, as well as being a means of accessibility and discussion of public policies and the commercialization of Peoples' products. from the Cerrado.

For the Living Cerrado: Diversities, Territories and Democracy. This will be the theme of the ninth edition of the Cerrado Peoples Meeting and Fair. Opening on September 11, Cerrado National Day, the Meeting and Fair will be held in Brasilia until September 14 and will be a space for debates, reflections and exchanges of experiences on the reality of the biome and the challenges faced by the peoples and traditional communities that inhabit the Cerrado.

It was to raise complementary funds for the event, that the Cerrado Network launches a crowdfunding campaign so that anyone fighting for the conservation of the Cerrado and its people can collaborate with the construction of the meeting.

Who organizes the Cerrado People Meeting and Fair?

We count on your support!

See more details of the collective funding for the IX Cerrado Peoples Meeting and Fair at the link and be part of this great solidarity network: https://benfeitoria.com/encontroefeirapovosdocerrado