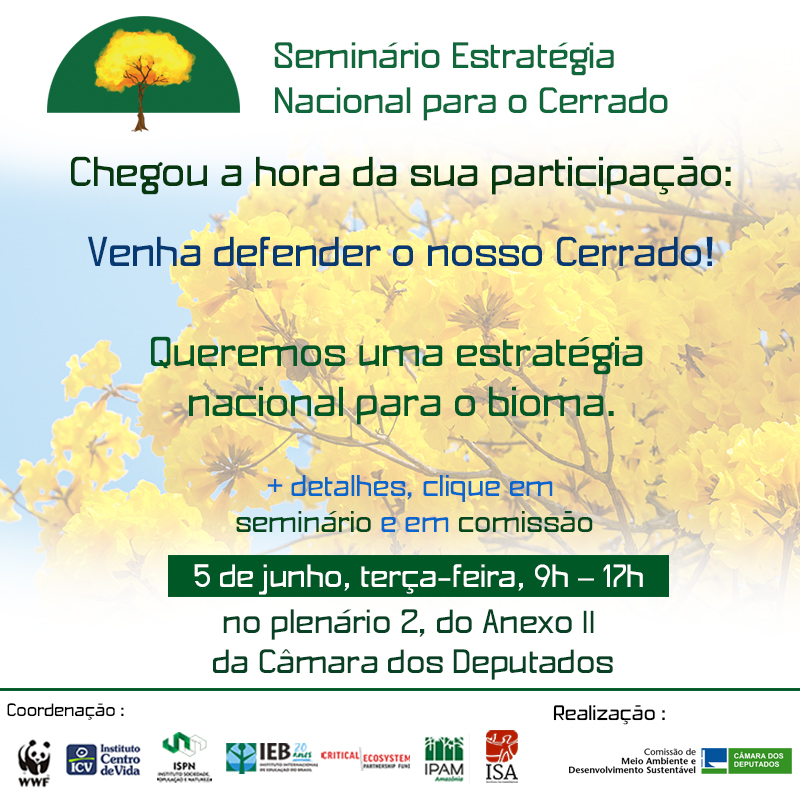 Proposed national strategy for the biome also includes the defense of the territorial rights of the peoples and traditional communities of the region. Guidelines will be delivered to candidates for President of the Republic

Brasilia, June 4, 2018 - O Cerrado It is more than the world's granary for Brazilian agricultural production, it is also the water tank of Brazil. The statement by former Federal District Secretary for the Environment, André Lima, shows the need for the next President of the Republic to review the form of occupation of the biome, which has suffered increasing devastation in recent years. “To this day no president has considered the Cerrado as a biome it is,” Lima emphasized.

In order to reconcile the necessary actions for the economic, social and environmental development of the country, six social and environmental organizations met to promote the seminar. “National Strategy for the Cerrado”, to be delivered to all candidates for president by August this year. The seminar will take place on June 5 - World Environment Day - and will be held by Commission for Environment and Sustainable Development (CMADS), in plenary 2, of Annex II, of the Chamber of Deputies in Brasilia.

The proposal to be presented to the presidential candidate has three axes. The first is the conservation and recovery of the Cerrado. This guideline includes the implementation of environmental legislation, the strengthening of protected areas and the goal of zero net deforestation in the Cerrado, safeguarding the particularities of family farmers, peoples and traditional communities. The second is the guarantee of territorial rights and access to natural resources by traditional populations and extractive communities. The third axis is the most challenging: integrating agricultural development with the conservation and integrity of the biome to ensure sustainable development for the environment. “Today, the Cerrado is a region seen only for the development of agribusiness and livestock”, points out André Lima.

The National Strategy Coordination for the Cerrado is made up of six socio-environmental organizations: the institutes Society, Population and Nature (ISPN), International Education of Brazil (IEB), Amazonian Environmental Research (IPAM), Socio-Environmental (ISA), Center of Life (ICV) and the World Fund for Nature (WWF-Brazil). The seminar will be supported by Climate and Land Use Alliance (CLUA) and with resources from Critical Ecosystem Partnership Fund (CEPF). 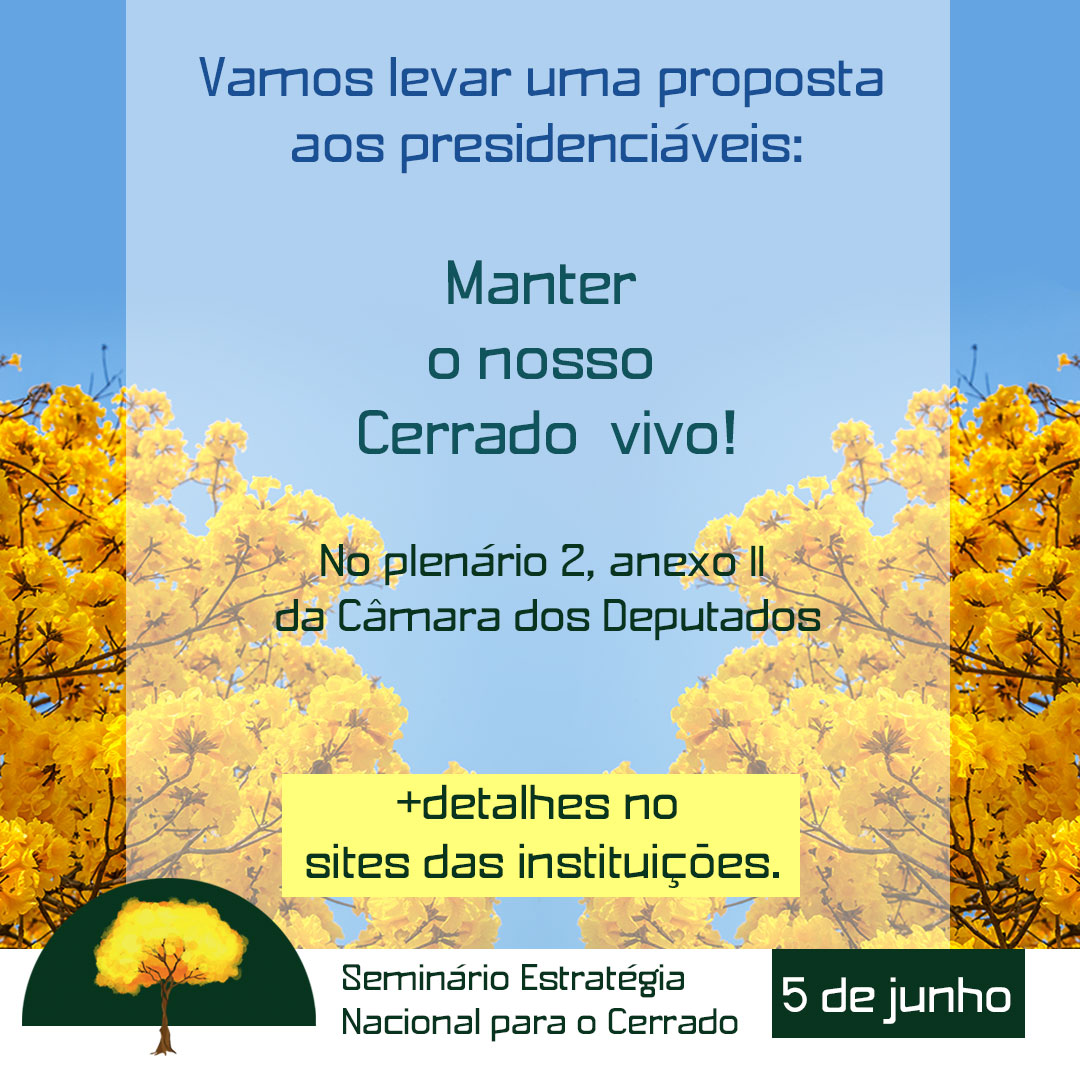 The Cerrado is the second largest biome in Brazil and houses 40% of the Brazilian population. They are family farmers, communities and traditional people - quilombolas, Gerizeiros (northern Minas Gerais), babassu coconut breakers, indigenous peoples, among others - there are 216 indigenous lands and 83 ethnic groups in its interior.

As for water, it houses the Guarani aquifer - the second largest underground reservoir in the world, besides the Bambuí and Urucuia aquifers. Part of the Southeast depends on rainwater and springs in the Cerrado.

The Brazilian Cerrado is one of the most endangered savannas on the planet. It currently has only 50% of its original plant cover. Only 5% of its area is protected by fully protected conservation units.

Speaking of devastation, it is a threat to a biodiversity-rich biome. Some studies report more than 12,000 cataloged species of native flora.

Regarding fauna, about 250 species of mammals live in the Cerrado, along with a rich birdlife, with 856 species recorded. The diversity of 800 fish species, 262 reptile species and 204 amphibian species is high and relevant for maintaining Cerrado ecosystems.

For more information about the event visit the website CMADS It's this one link.