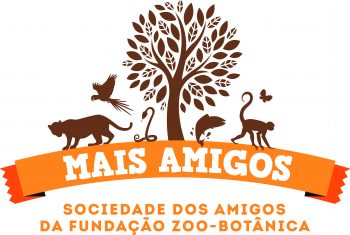 The faveiro-by wilson, whose scientific name is Dimorphandra wilsonii Rizzinifamily legumes (Fabaceae), it's kind threatened “Critically Endangered” category. She is endemic of central Minas Gerais, in the transition from Cerrado to the Atlantic forest, ie it does not exist anywhere else in the world. Being so rare, the faveiro-de-Wilson is protected by Decree Law 43904/2004 of Minas Gerais. Wilson's faveiro came close to extinction due to the destruction of the region's forests, mainly in the last 60 years. So far just over 300 trees have been found in the wild, and most of them are isolated in the middle of pastures, where they have great difficulty reproducing. Wilson's faveiro trees can also be found in capoeiras and woods, both in the lowlands and on the slopes and tops of the hill *.

The project & #8220; Handling and Protection of the Wilson's faveiro & #8221; is executed by Society of Friends of the Belo Horizonte Zoo-Botanical Foundation and receives support from Critical Ecosystem Partnership Fund (CEPF) It's from Brazilian International Institute of Education (IEB). The project started in November 2017 and already has several ongoing actions, including meetings, training and visits to areas of occurrence of the species, working in an extension of 5,215 km², where are the 18 municipalities of faveiro occurrence. & #8220; The implementation of the project in the region has provided, in addition to increasing knowledge, an increased degree of environmental awareness and greater engagement in protecting the environment among local people & #8221; reports Fernando Fernandes, researcher and project leader. In December 2018, Fernando was selected as a finalist for the General Nature Award, instituted by the state government through the Minas Gerais Environmental Policy Council (COPAM) and has received a tribute to its work for the conservation of the environment.

In December of the last year, 3,000 seeds of the species were sown in the Belo Horizonte Botanical Garden (MG) and in the trees tree nursery, in the municipality of Florestal (MG), aiming at the production of seedlings for the reintroduction of faveiro in their areas of occurrence.

Watch the video below to learn more about the Belo Horizonte Zoo-Botanic Foundation Friends Society's work with the faveiro-de-wilson species!

The faveiro-de wilson is a threatened and endemic tree in central MG, in the Cerrado-Mata Atlântica transition, ie, it does not exist anywhere else in the world. Meet the project that helps protect the faveiro with support @iieboficial @CommunityCEPF
📼https://t.co/526zEHJ44p

* Text taken from the website of the Society of Friends of the Zoo-Botanical Foundation of Belo Horizonte.